THE JOY OF SELF-D 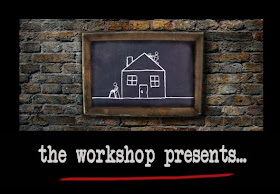 START AT THE BEGINNING:

Like the many of you I’ve had to hold down all kinds of rubbish jobs in my time to pay for this obsession I have to make films (the worst standing in the snow all day while being shouted at by the public, it’s a long story). As the years have rolled by and many projects come and gone, through it all thanks to the wonders of modern technology I have managed to find a digital workflow that means making my films is fairly easy and in expensive. But like every other filmmaker whose ever dreamed of actually making a living from these filums the main problem has always been how do I get my film seen by the masses? I have bashed my head against the brick wall of Hollywood for a long time and never really found a way through…that is until now. Again thanks to the wonders of modern technology and social media I am now discovering a workflow for self-distribution that seems like it might actually work. I really believe that self-distribution is fast becoming the only viable option for independent filmmakers. 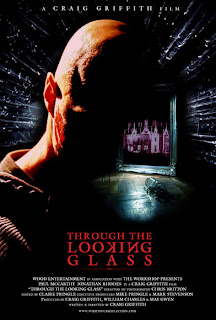 BACKSTORY:
The decision to go the route of SELF-D really began when developing a film project a few years back opened my eyes to the real problem every filmmaker faces. Making a film is relatively easy but how do you get distribution? When I first started to put the project together the only real option was to try and get a distributor interested and pre-sales in place.  This traditional method had served the industry very well for an awfully long time and nothing was about to change anytime soon. We knew that the script was really strong as was everyone involved but none of us had any previous track record so to speak in the eyes of the industry although the production team was incredibly experienced. In short no one knew who we were and therefore no one was willing to invest the budget of $5.5 million. To be honest I can’t blame them because I wouldn’t invest that kind of money in an untried product. This meant our only option was to put together a cast that would sell the film to the distributors, the exhibitors and the audience. So this is what we did and several months later we had a very strong cast in place of well-known film and TV stars. We then took this package back to the money people.

Now this is where the main problem of doing things the old fashioned way reared its ugly head. The problem is that those within the traditional distribution model take forever to say yes or no to your film and by the time they got around to saying yes to us our lead actress (a fairly successful Hollywood name) had died of a prescribed drug over-dose and the project fell apart.

At this point the project was dead in the water for 2 main reasons, the first being as a perceived 1st time director I had no name and the second being the script had done the rounds in Hollywood, had been thumbed by everyone and his dog and was as deceased as our starlet. All this after 5 years of non-stop hard work.  Back to the drawing board.

Frustration quickly gave way to the realisation that I would have been better off raising a small budget myself (as I did on my 1st feature Through the Looking Glass) and getting my film made and released as a low-budget film. If I hadn’t decided to do it the traditional way I’d probably be onto my 4th film by now. 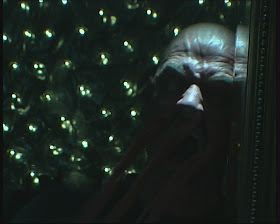 WHY SELF-D IS GOOD FOR FILMMAKERS:
There are many reasons why I believe that SELF-D is good for filmmakers. The first being you become your own micro-studio and can put out films in a manner that’s right for what you want to present. Now although this means you lose the clout that a studio or large distributor might have it does mean that you put out the film the way you intended it which you can then aim more directly at the audience for which it was created. This does mean having to put in more work on the filmmakers part but as most of us are control freaks who can’t let go of our films anyway I don’t see this as a problem.

The other thing that makes SELF-D such a viable option is that all the money you make as a producer can be ploughed straight back into your next film and likewise the next. Hopefully it becomes a self-fulfilling process allowing filmmakers to build up a body of work and find an audience without the need of the middleman.
As the ‘studio’ it is you the filmmaker who sees the profits come in and instead of having to pay over-heads, for offices, lunches, travel and cross-collateral deals you can actually make more money directly from SELF-D and therefore have more to re-invest in your next film. As a result if handled correctly the whole SELF-D model becomes self-sufficient and you no longer need to go looking for funding for your projects. At least that’s the theory. Of course this depends on the size and scale of each individual project but as an indie the idea of being able to self-fund your next film is irresistible. But of course none of this is guaranteed but it is possible.

And finally the most important reason for SELF-D is it allows you the filmmaker to take control. It gives you the confidence to tackle the stories you want without the pressure of ‘The bottom dollar’ from the studio and isn’t that what great art should be about?

It is also a route through for aspiring filmmakers who aren’t a good fit for Hollywood or simply don’t want to be a part of it’s scene or don’t even live in the US. It means that filmmakers can be based anywhere in the world and still have an outlet and the opportunity to find their audience. 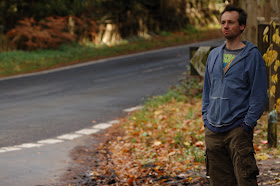 WHY SELF-D IS GOOD FOR AUDIENCE:
I firmly believe that SELF-D is better for the audience as it removes one more obstacle between them and the filmmaker. With one less person making the decision about what they should or shouldn’t be watching it allows for a more direct, intimate and personal experience. It means that an audience and a filmmaker can develop an ongoing relationship.

It also means that the audience can be encouraged to seek out more interesting perhaps less mainstream films that they wouldn’t otherwise be exposed to. Of course the downside is that there will be a mass of films out there to choose from some of which will be bloody terrible (probably made by me) but who’s to judge what an audience will like given the choice and cinematic history is littered with many high-budget guaranteed hit films that died a death never to be seen again. Truth is it shouldn’t be down to some Fat Cat in a suit and a tan to tell you what you can watch. 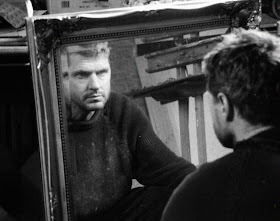 SOCIAL MEDIA:
The biggest leap forward in SELF-D has to be social networks. I love the fact that filmmakers can now talk directly to an audience through Twitter and FB and if that relationship is embraced and cultivated and not just seen as another marketing tool but rather an active part of the film making process then everyone benefits. There’s real value in nurturing your audience using social networking. How cool is it to be able to ask your fave filmmaker why they made the choices they did in that film…and how cool when they actually answer back. Likewise how cool is it as a filmmaker when someone bothers to take an interest in what you do and then tell all their friends? This is something the majors just don’t get and are not set up to do, talking directly to and with their audience in an ongoing dialogue. 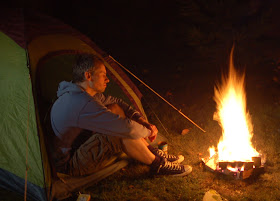 THE PROBLEM WITH THE OLD WAY:
Now don’t get me wrong it sounds like I’m studio bashing here but I’m not. The studios are great at what they do and of course given half a chance I’d take their money to get my projects made…but it is based on an old fashioned business model, an “us & them” attitude. I really believe that with the new breed of network savvy filmmakers it is really now just “us”, filmmakers and audience working towards the same thing…a bloody great film experience.

I’m just offering my thoughts on another way of doing things that won’t replace what we already have but rather run along side as another means of getting to see great films. A way that allows me as a filmmaker (good or bad) to get my films out there and connect with an audience who might like them because as it stands the studios are letting people like you and me down with a system that is exclusive. What I’m working towards is something inclusive.

To be honest I’ve tried it their way and they wouldn’t let me in to play with their toys (for whatever reason). Maybe I’m not good enough, maybe my face doesn’t fit, maybe it’s just not to be. Who knows but in all honesty I don’t believe any of that (why would I, I’m a film maker?) I just think I don’t work within their system and their system doesn’t work for me and that’s fine. I’ll just have to do it another way. 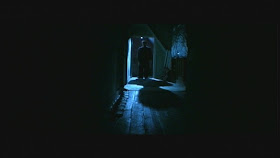 THE FUTURE:
Clearly the future of indie films is on-line and with home-cinema and high speed Internet the market has now been kicked wide open. It is now as much about smart marketing of your film with limited resources as it is about the film.

Of course the films you make will still need to be finely crafted well-told stories about strong engaging characters.

I’m talking about commercially successful films that can pay for the next. Somewhere along the line the idea that indie films are not commercial has come about and this is ridiculous because no matter what the film is all about the filmmakers want their films to be seen. Bums on seats is the motto and that means making films that appeal to as wide an audience as possible and it certainly doesn’t mean that they need to be dumbed down to reach a large audience. They just need to be targeted well. Again there are many cases of small indie films that breakout and do fantastic business. 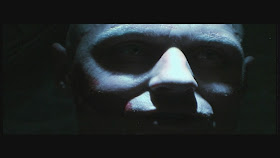 AND FINALLY:
Obviously this isn’t a complete run down of the advantages of SELF-D and of course there are lots of things I’ve probably missed or not yet considered but I’m sure I’ll update this as I go along the process and find out things for myself.

I'm sure there is lots to nit-pick over in everything above, all sorts of contradictions and that’s the point. There is no right way or wrong way of doing any of this there is only the way that works for you.

I’m discovering a way that works for me, well at least in concept, now I’m going to see if I can actually put it all into practice and get more of my films out there. I’d love to hear your stories of self-distribution. I’m always open to learning new ways of doing things.

Finally I guess the real revolution is that with SELF-D none of this matters anymore. Make the films you want the way you want to and don’t let anyone tell you otherwise. And they will find their own audience if they’re good enough and you put the work in. Can’t wait to see your films.